“Antifascist” really means “new fascist”. Sorry, I tend to slip into German whenever the topic of Nazis comes up.

This past Wednesday, a gay, ethnically Jewish man (allegedly a “white nationalist”, even though real white nationalists call him things like “race mixing ass raping faggot Jew kike bitch” [footnote 1]) went to the University of California at Berkeley to speak. His ideas are not popular at the place so famous for being the home of the free speech movement, so his opponents held their own rally, where they marched with signs and slogans and counterarguments. You know, meeting words with words, in the best traditions of civilized human beings with differing opinions.

Nah, I’m just fucking with you. These are Antifa and Black Bloc anarchists; they lit fires, smashed windows, robbed ATMs, and beat people with clubs. They reenacted Krystallnacht while pretending that their victims were the real Nazis. They are savages, unfit to shine Mr. Yiannopoulos’s shoes. With their tongues. Starting on the soles. After he walks through a cow pasture.

—
[footnote 1]: Don’t come crying to me if following that link makes you want to puke. What did you think you were going to find there, civilized human beings with a microgram of decency between them?

I swear that this picture has not been retouched in any way. Remember, “X is code for Y” is code for “he said X, which I can’t argue against, so I’ll pretend he said Y instead”. The formal logical fallacy there is straw man. Donna Brazile likes to claim that the emails like this one were “doctored”. Nope. Somebody configured hillaryclinton.com to use DKIM, so anybody on the internet can verify for themselves that Ms. Brazile was indeed sent the debate question she lies was never sent to her.

UPDATE: they finally got around to changing their key. Today (26 October 2016, in case I need to update again). Six days after people started proving that they were lying about Wikileaks supposedly falsifying evidence. If the key had actually been compromised, that would have happened on the day of the interview, at the latest.

I am truly shocked. I was just assuming that, after all these years of practice, Team Hillary would be at least marginally competent at bullshit. Obviously, I was wrong.

It’s come up more than once: how big a patch of sky is that long-exposure astrophoto showing? I just realized that I have the tool needed to answer that: Stellarium, available free for Mac, Windows and Linux.

In all of the following screenshots, the red rectangle is (if the dimensions I found on the net are correct) the view that a Micro Four Thirds camera (a mirrorless standard used by Panasonic and Olympus) would get through a telescope with a focal length of 1250mm. I only entered the dimensions once, so even if I got it wrong, it’s still consistent. 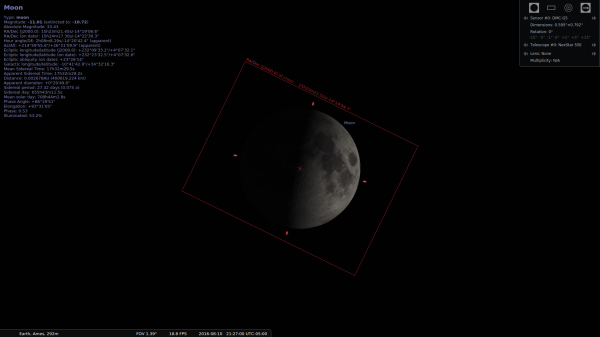 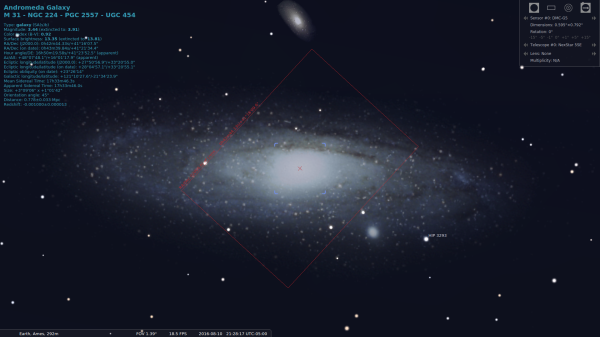 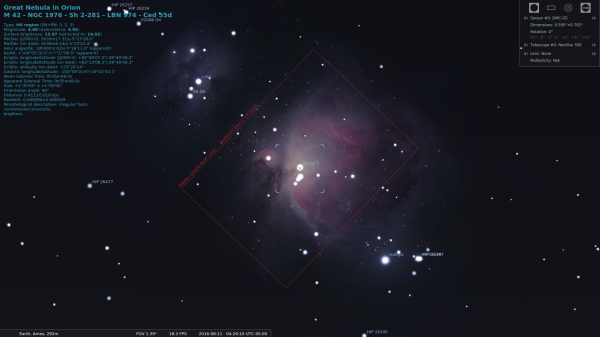 Earth, as seen from the Apollo 11 site (yes, if the scope and camera worked in vacuum, get off my back): 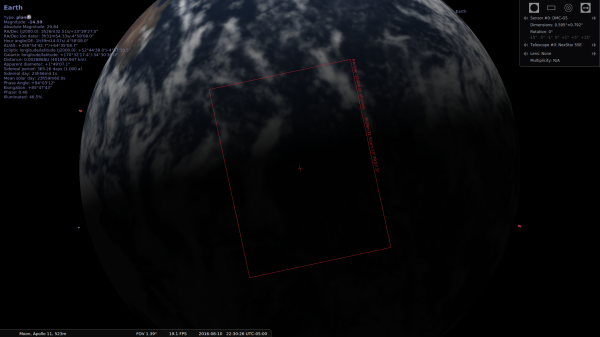 Just playing around with some new acquisitions. 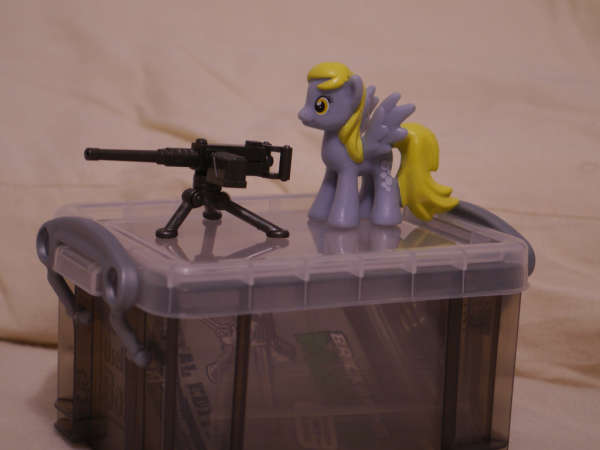 Some might see this as a metaphor for current events, but that’s not fair. Derpy always means well, and owns up to her mistakes. The world would be a far better place if more people followed her fine example.

I think I found it all, so I’m putting it where I can find it later. Maybe others will benefit from my efforts.

Potentially lethal electricity is burning damage with either Surge, +20% (B105; Powers, page 102) or Arcing Surge, +100% (Power-Ups 4 Enhancements, page 21). The difference is that conductive armor is reduced to DR 1 against Arcing Surge. With either enhancment, any target with the Electrical disadvantage (B134; electronic equipment without a character sheet has this) that takes over 1/3hp must roll HT or be disabled for one second per point of failure (until repaired on a critical failure). Repairs are described on B484.

But wait, there’s more. On B432-3, we learn that localized electrical attacks include Side Effect (Stun), +50% (B109, B35), and, if such an attack injures a hand or arm, the target must make a Will roll or drop whatever is being held in that hand, +?% (B???). Full-body electrical attacks add Side Effect (Unconsciousness, Attribute Penalty, -2 DX and Secondary Heart Attack), +330% (B109, B35). For bonus points, explain to me whether or not the effects in this paragraph are supposed to be included for free with Surge/Arcing Surge.

If this is a prank, I have to admire the prankster’s attention to detail. It looks just like a valid Amazon product page.

Shot (the original location is having some sort of trouble, but a Good Samaritan provided a backup link).